I needed to make buttons for UI and prompts for current and future projects. Here is that pack. So go ahead and use it in your game and software projects. Doesn't matter if it's commercial, non-commercial or personal projects.

No credit needed in your project for this pack, however I'm always thankful if you choose to credit me. Just don't go around telling your friends you made the pack.

Most buttons fit within a 16x16 space.

Will update as I update it myself. This includes any new gamepads/platforms such as Mobile.

Check out my other asset pack using same palette.

bro, im using this for my game, may i?? this is just amazing resource!

absolutely! That's what it's here for :D
thanks for the compliment

I seriously underestimated how much I needed this lol, I picked this up a while back just cuz I saw it and wasn't sure if I would actually end up using it, however it was exactly what I needed and fits my game perfectly lol, I'm actually releasing my game tomorrow and they're used extensively, here's the link if you wanna check it out (Note the link won't work until tomorrow when the game releases) https://legendaryswordsman2.itch.io/stock-the-shelves

This made me happy reading this today. Makes me happy people are finding a use for this. I'll take a look at the game when it's out tomorrow, and thank you so much for downloading the pack!

It may just be coincidence but these prompts seriously fit in with the art style of my game, its funny how sometimes you'll go searching for months for the perfect asset for something, then for other things you'll just stumble upon it without even really looking for it lol, anyway my games out now! (It's also my first ever game release so pretty exciting for me lol)

i'll add your name in the credits. thank you very much!

using this for my main project, great work man! I've added you to the credits :D

:D thanks so much, hope it's what ya needed!

Hey, thanks for the assets. I used some of them for this game: https://jpcard.itch.io/carphero

no, thank you for using them :D

thanks. I used this asset in my Maze999 Game.

Thanks for the assets!

Thank you very much for the assets I’ve used them in my college game named The Wooden Castle, a 2D platformer with a grim and violent background.

Thanks for the assets. I used some icons for my game Roguestar

you're welcome :D
and thanks for using!

Doesn't require crediting me, but I appreciate when people do :D

Hi there! I recently used these assets for my latest game, and figured I'd let ya know and show ya! :D

I also included your name in the credits!

Thanks for the help!

These are pretty nice! It doesn’t seem to have icons for the Start and Back (Start/Select) buttons though, nor some of the control keys on the keyboard such as Insert and Delete, do you have a set somewhere that includes them (or failing that, would I be able to commission some)?

Hi there.
For Start/Back/Select I have them included as the modern version of the buttons. So they're not the standard back and select you'd see on older generation of controllers, although I did include the Xbox 360 variant in the xbox alternative layout (which is apart of the xbox named file or the aseprite file). I have considered updating the layouts to maybe include the older style layouts, especially the playstation section. I did leave a lot of buttons off the keyboard but mostly that's just from missing text I didn't do, you could always use one of the blank keys I provided with your own INS or DEL text.

I appreciate the comment, I will most likely add more buttons/layouts/options in the near future, maybe work on some over the weekend here.

Okay, I didn’t realize that the design changed - but now that I look closer at my Xbone controller I see that’s what they are now. Good to know, thank you!

Thanks for share,I love it

Hey, your asset pack is awesome, I would create a fighting game using your pack, I hope you like it when is published!!!

Thanks man.
Good luck, send it my way when it's published, would love to try it out.

Ok, next week I put the preorder for $1

Please, can you rate my game "AlienRun"?

Hello, I would like to use this asset in my game, which I want to publish. Can I use it and do I need to give attribution? Thanks

Hi there.
Go for it, that's what it's here for.
No you do not need to give attribution/credit, but I'm thankful if you choose to. 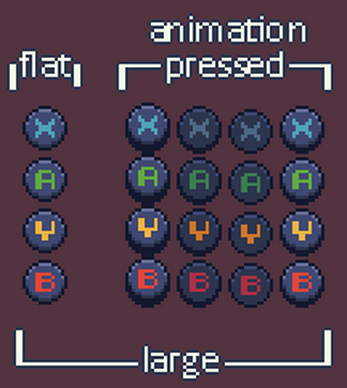 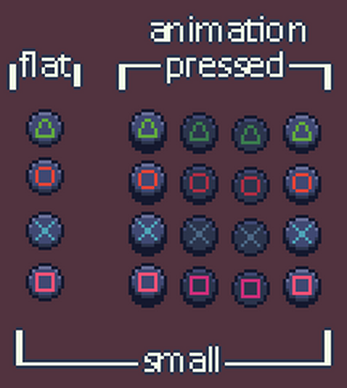 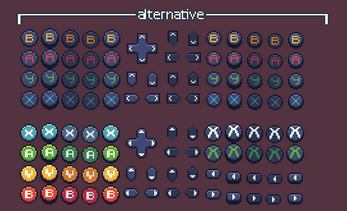 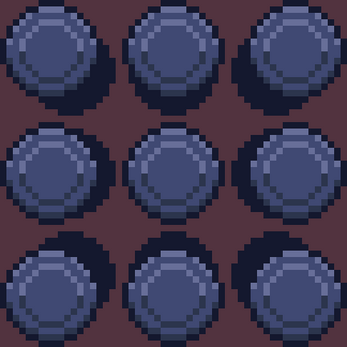